You play as a gnome, or rather a gnome in space. A descendant of a powerful dwarf civilization that self-destructed thousands of years ago. Having lost your own planet, you now roam the galaxy to find your new home under the guidance of a strange robot. There are 3 different worlds to play. Each one with new enemies and secrets. After completing the campaign, the survival mode opens. You play in endless waves defending your base in a predetermined arena from each ACT. 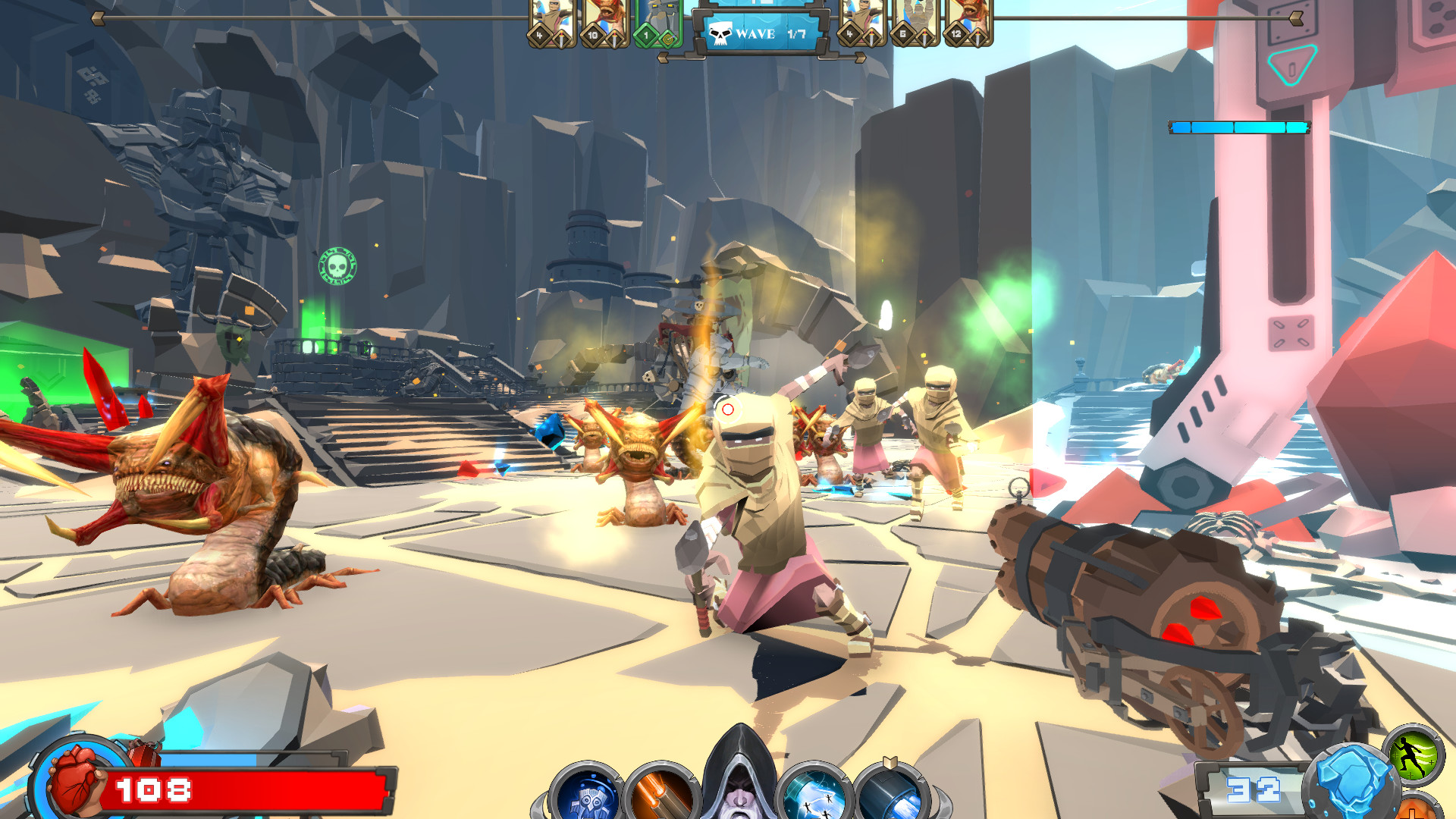 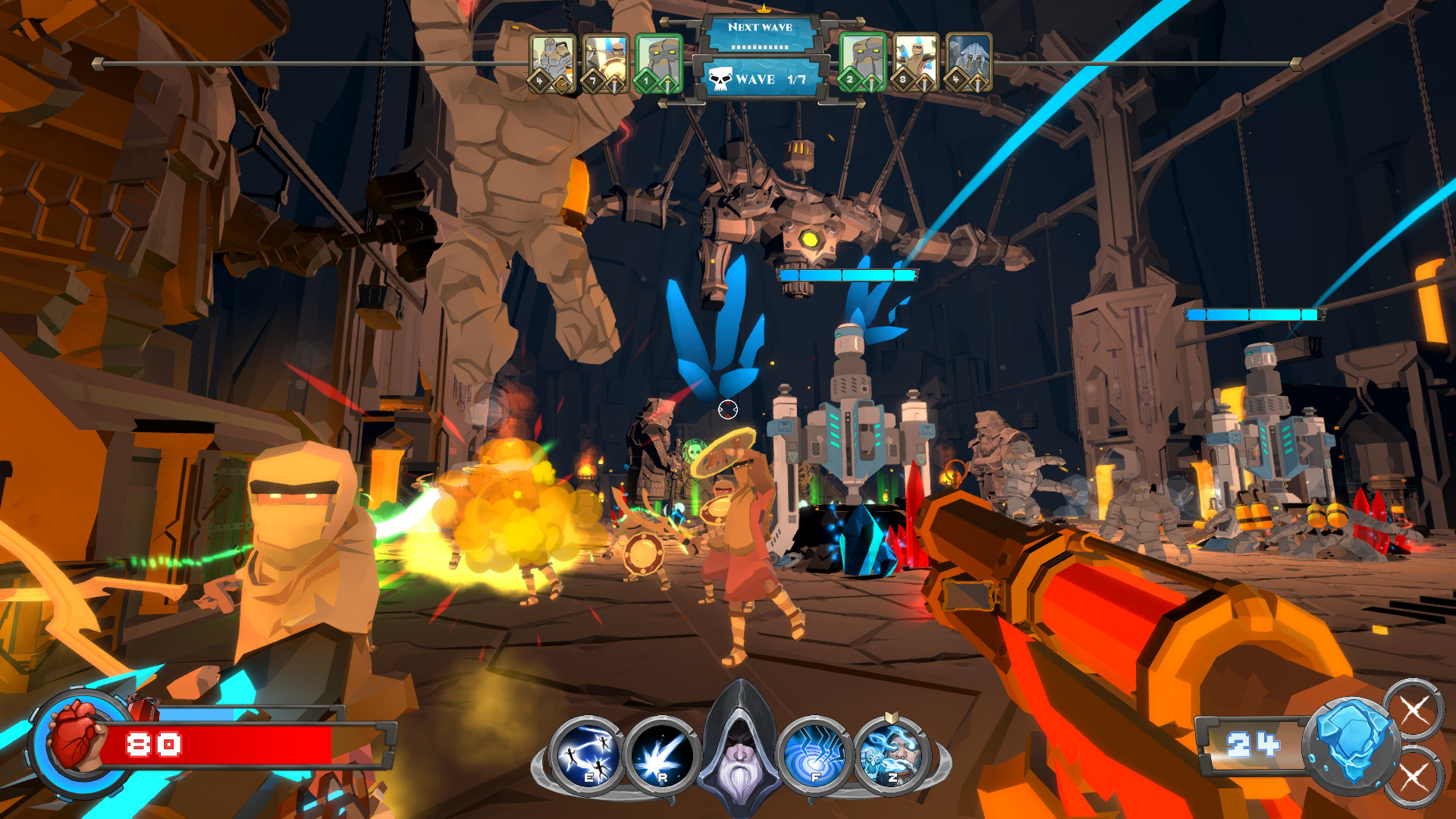